Pelle’s Olle Olsson was the second oldest of six siblings in a brood of three brothers and three sisters. He was born in the late 1800s.

Olle was a skilled accordionist, and used to play at local dancing events. He had to quit this hobby, when his hearing gradually declined, to eventually cease almost totally. He then communicated by means of pen and paper.

He was a skilled carpenter with staving as specialty. To stave meant to manufacture various wooden containers. Barrels, butter tubs, pots where salted meat and pork was contained, drinking vessels – so-called ”stånkor” and certainly other vessels included in the contemporary household-use. It should be pointed out that this was before the duo of “fridge and freezer” entered the stage. And can be traced far back in time when the aforementioned appliances were indispensable in households.

Olle had developed staving into something of an art form, and the finished product had a master’s touch. Precision, accuracy and original design was what he delivered. The vessels were sold for a cheap price – far too cheap one might think. For example, a drinking cup was charged five Swedish crowns in the 1950s.

Pelle’s Olle passed away just over 80 years of age. 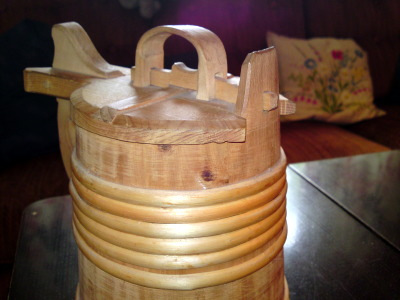 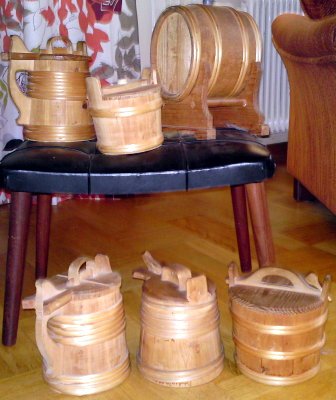 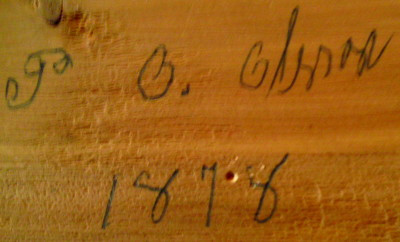