Bodarne, Bodarna, ”Boan” – a dear child has many names. Let’s stick to Boan, as spoken by the villagers themselves.

I came as a foster child to Gagnef after four years housed in orphanages. I was then eight years old. One speaks of different worlds, and rightly so. Located south of the Västerdalälven and resembling a widespread peninsula with the great river bordering the east. 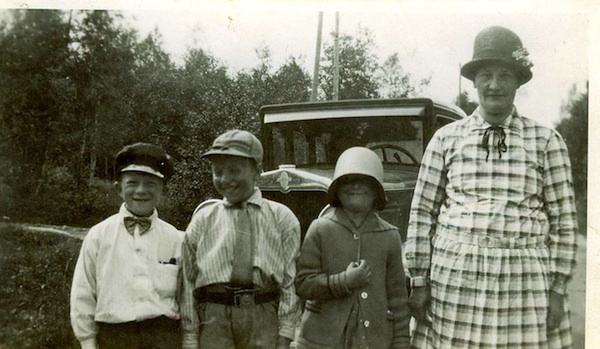 Erik Forslund, just after arriving to the village. He’s the second from the left. The others are probably brother, sister and grandmother.

The year was 1931, at the end of July. The similarities with today’s Boan is highly insignificant. I met a small community where subsistence was the guiding principle wherever possible. Contributing thereto would have been something called the great shift which occured in the 1830s. Forest and agricultural land was distributed to real estate. These properties, furthermore, were subdivided further in distribution of inheritance since millimeter precision should prevail, at any price. The agricultural land was used by around 20 small farmers.

Horses constituted the contemporary tractor, and milk producers were a number of cows (3-8 per household). The milking was done by hand – this was a time before modern automation and machinery. Self sufficiency meant potato acre, vegetable garden, orchard and even goats. Even flax was grown to a certain extent, where towels and decorative cloths were woven during the winter after the flax was treated for its purpose.

Cash payments had to be avoided as far as possible since cash was a scarce resource. Chicken eggs was used for trading in the local grocery store, for other food. The modern day technology was missing. A few phones were available and could be used for a certain payment to its holders. These were served via a manned switchboard. There were about as many radios in the village as there were phones. These were borrowed when there were some interesting broadcasts. I can only remember one car in the village at the time. It was available at Highway Superintendent Olof Norberg. You could get permission to drive relatively easily. One visited the constable and got one, simply.

The nearby rivers were often used as power sources. In the early 1900s there was a sawmill, ”Lönn-Far’s sawmill,” located above the railway. The river or stream that was used to power culminated just below the creek of Djurforsen. It was also used for the operation of water mills. Any significant manufacturing industry can not be said to have occurred during this time, however, one manufacturer of roof tiles was present. The factory was active in the early 1900s. It was the so-called cement bricks, which perhaps was not as successful as the factory eventually closed. It was too heavy according to contemporary expertise.

In the current situation, one can not avoid to compare to 1930 and what has happened. Self-catering has virtually ceased and in the current situation it is about industrial scale operations. The big loser in this is the environment. What you can not achieve with motor vehicles seems to remain undone. For example, hay salvage for winter needs started in “lådigen,” early spring, with the clearing of the village’s river slopes. Debris accumulated over the winter was burned, while awaiting the time for ”harkslogen”, meaning scythe and harrowing early summer mornings. Hay was salvaged for winter needs, to the cows’ delight. River banks, open park areas and ”gökotta”(getting up early to watch and listen to birds) were common during the early summer mornings.

After harkslogen, the harrowing by horse mower was done, a few weeks after midsummer. From an environmental point of view, modern time and the 1930:s cannot be compared. 1930 adverse effects were almost non-existent. It should be mentioned that the water in the river and creeks were fully useful for making coffee. Environmental pollution on a larger scale occurred when the water closet was moved into the homes, and the people in large numbers began to eat at restaurants and such. 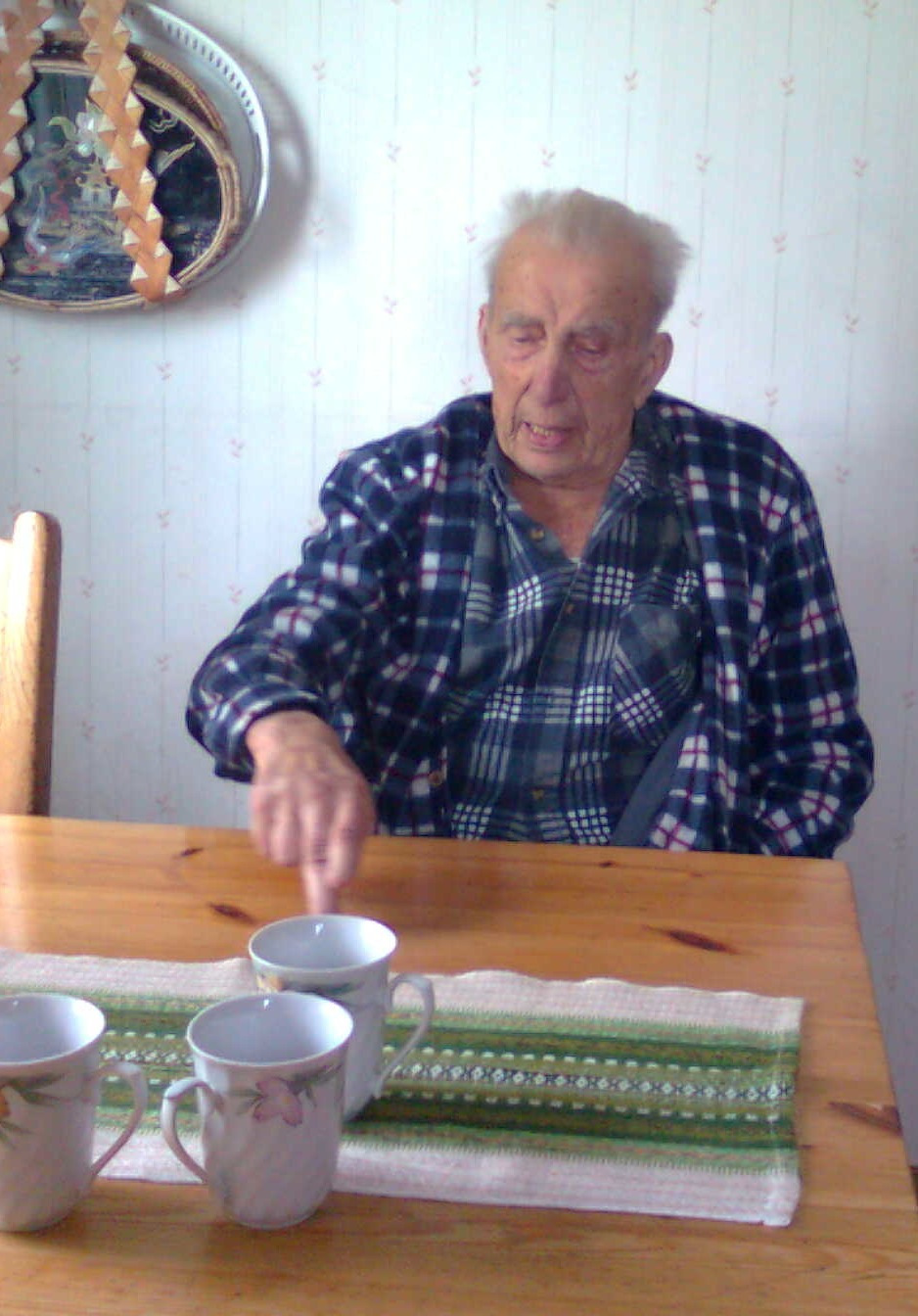 Erik Forslund, a man of opinions. He passed away in 2010.